Wanting something to keep you busy over the holidays? This custom built flight plan has been designed to showcase the scenic landscapes of North America to coincide with the latest FS2020 World Update. The plan is designed to be flown visually below cloud base (under the “other IFR”- I Follow Roads and Rivers), with the route mirroring major highways and waterways across the continent from it’s south eastern corner to the very north west!

Starting in at KEYW, the first leg of this tour initially follows the Florida Keys up to Miami, then tracks north over Cape Canaveral and Daytona Beach before reaching Jacksonville, and making a turn west to follow I10 via Tallahassee to the Gulf of Mexico. Tracking via Tyndall AFB and Eglin AFB, Mobile and Keelser AFB (Home of the Hurricane Hunters), you will eventually reach New Orleans (KMSY).

From New Orleans, follow the Mississippi River via Baton Rouge, Memphis up to Saint Louis. A south west turn here will track you towards the impressive coastline of the Lake of the Ozarks, with a few waypoints following its various arms before turning south and arriving at Springfield, Missouri.

Pick up the famous Route 66 highway from here, flying west via Joplin, Grand Lake of the Cherokees, and Tulsa before arriving at Oklahoma City. Leave OKC via I35 and follow it north to Wichita, home of Beechcraft and Cessna aircraft companies.

The next leg follows the plains of the Mid West along the Arkansas River via Great Bend, Dodge City as far as Pueblo at the foot of the Rocky Mountains. From here we turn north to Denver, then follow the I70 into the mountains via the ski resort of Vail, into the world famous resort of Aspen.

A high performance aircraft will be required for the next stretch, flying south out of Aspen, passing Precarious Peak and then crossing the East Maroon Pass, to drop down again towards Snodgrass Mountain and Crested Butte. Following the Gunnison River from here will take you west to Blue Mesa Reservoir, Montrose, with another turn south into the Telluride- the highest elevation commercial airport in USA at 9052 feet above sea level.

Next we head into the desert, flying back out of KTEX towards the west, via Blanding Mun into Monument Valley, famous for its dramatic sandstone buttes. Exit the area through the Tsegi Canyon, turn north for Navajo Mountain until you reach Lake Powell. Follow the course of the waterway as the Glen Canyon Dam gives way to the Colorado River, which will then lead you through the entire course of the world famous Grand Canyon.

The western end of this 277km sector will finish at Lake Mead, with the GPS flight path taking you over the Hoover Dam, before crossing Boulder City into Las Vegas. Aim to land into KLAS at sunset to make the most of the new night lighting included in the world update!

The next leg involves following some fairly complex valley systems via the town of Salmon, twisting and turning along the Salmon River, until it joins with the Snake River and enters the city of Lewiston, Idaho.

We now track west again, along the Clearwater River to Tri Cities Airport (KPSC), and then venture into Yakima County, Washington to visit the famous volcanos of Mount Adams and Mount St Helens. After rounding the peaks, we head back south into to the beautiful Cascade River Gorge, and follow its flow west again to Portland, and then Longview.

The final leg sees us tracking north up I5 towards the cities of Seattle and Tacoma, before finally entering the Puget Sound for a full stop landing at Friday Harbour on San Juan Island- one of the new custom built airports released by Asebo in the World Update.

If you average a ground speed of 150 knots- this tour will take you approximately 35 hours! Enjoy! 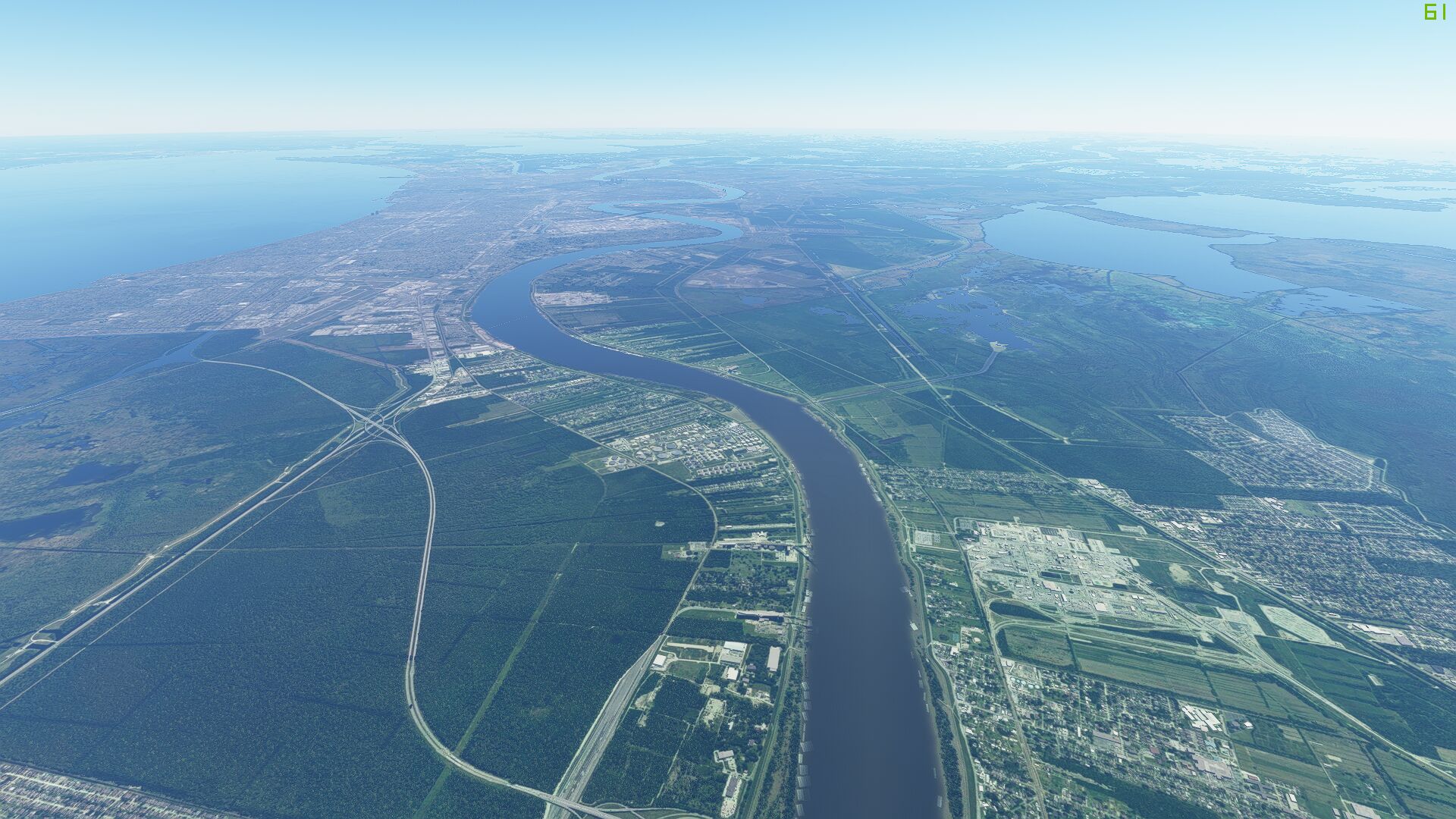