Take a VFR scenic flight from Ardmore Airport, Auckland's general aviation airfield around the City of Sails. This route is designed to be flown at 2500 feet, with the custom GPS waypoints named after the points of interest along the way.

This loop is a popular route commonly flown by private pilots when the weather is good, departing NZAR out to the Hauraki Gulf, flying over Ponui Island and Pakatoa Island, before crossing Man of War Bay at the eastern end of the much larger Waiheke Island. From here we fly westwards, across the beachside townships of Onetangi and Oneroa, then change course to pass over the picturesque Motihe Island.

We change course again to pass over the summit of Rangitoto Island, a volcanic cone covered in forest, before arriving over Lake Pupuke on Auckland's North Shore. You'll see the state highway 1 motorway below, we we follow south, across the famous Auckland Harbour Bridge, before entering a left hand orbit around the CBD. This orbit comes to an end as we pass over Eden Park stadium, then One Tree Hill- another volcanic cone, before continuing south towards Auckland International Airport (NZAA).

In the real world, ATC often permit fly overs directly overhead the airfield for GA aircraft transiting to Ardmore- so track over the centre of the international terminal, then turn South East across the Manukau Harbour and commence a descent back to land the same runway you started from at Ardmore. 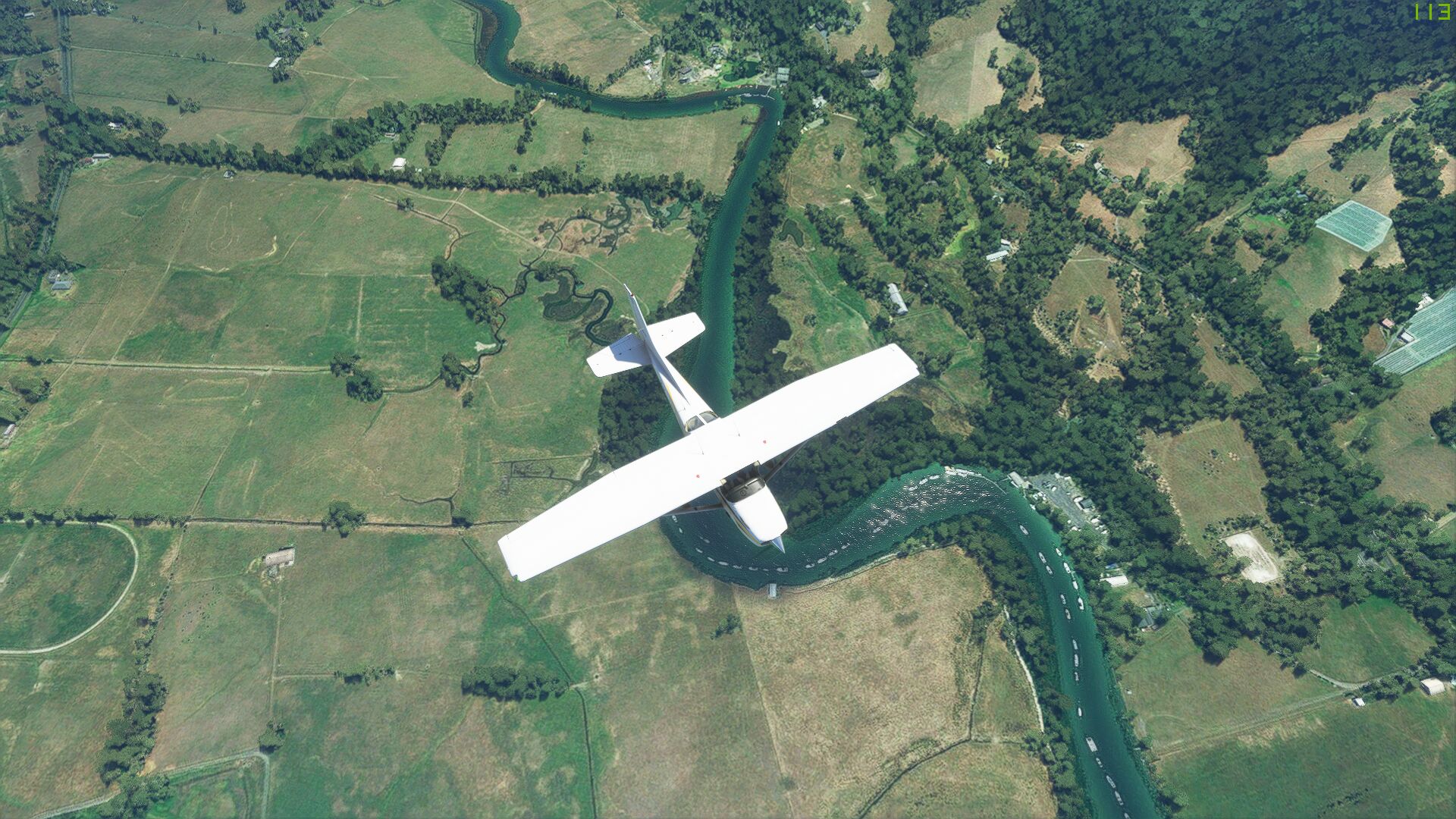 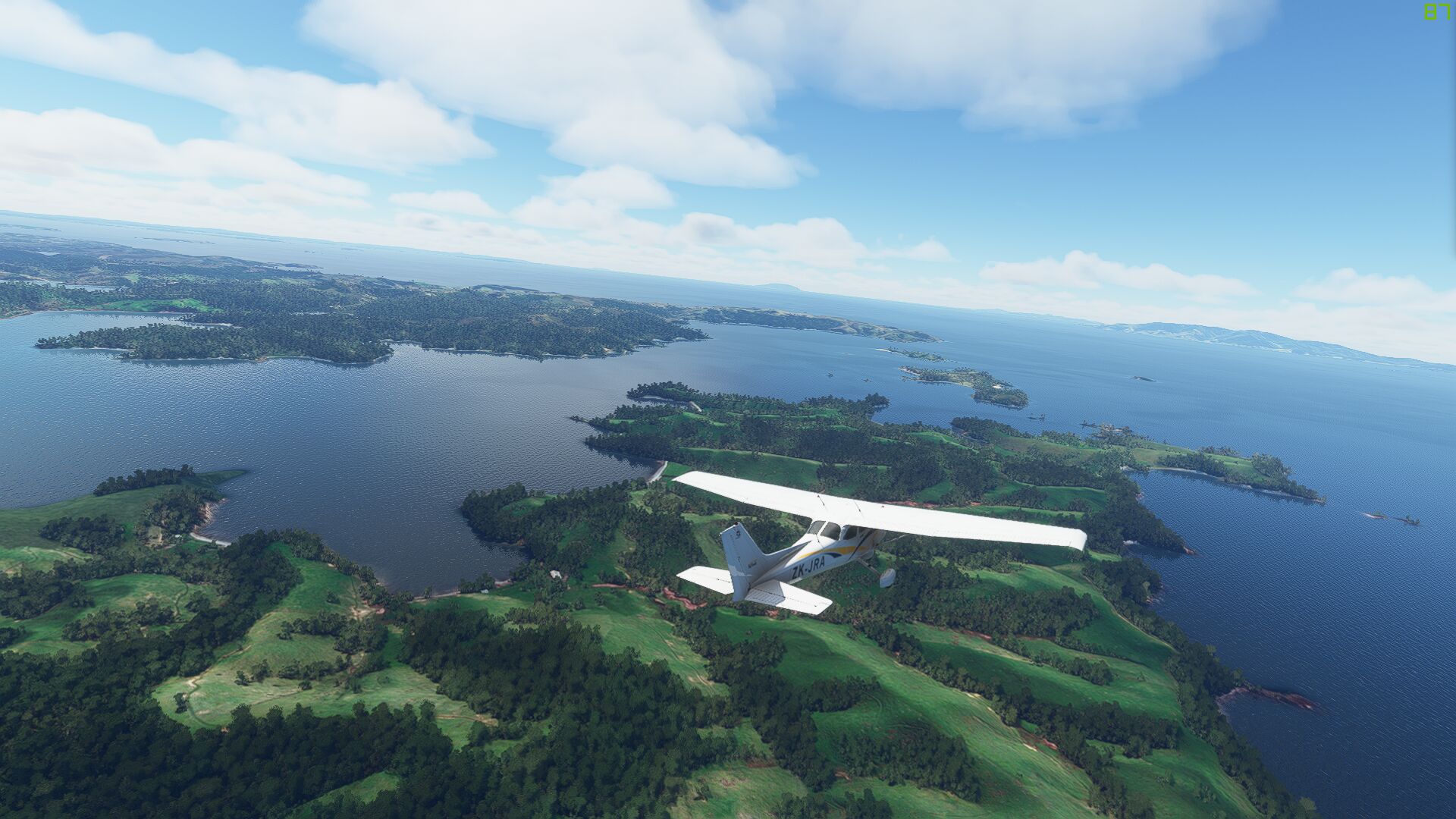