Eastern of Cuba: From Holguín (MUHG) to Santiago de Cuba (MUCU)
(1)
Log in to rate this flight plan
Recommended Aircraft
Textron Aviation Beechcraft Bonanza G36
Flight Summary
Leaving Holguín by runway 05 and taking a southeastern direction towards Santiago de Cuba, you first cross the plains of the center of Oriente to finally cross the Sierra Maestra and go out to the south coast where you turn towards the ILS of runway 10 of the Antonio Maceo Airport in Santiago de Cuba.
33m
Uploaded By: rdmazo
Flight Rules: IFR
Stops: 0
Downloads: 612
How do I use this file?

After leaving the airport of Holguín, you will fly over the town of San Germán and its airport, later on you can see the winding course of the Cauto River, the longest river in Cuba. Further on, on the right, you will leave behind the Carlos Manuel de Céspedes dam and shortly after, on the left, the Gilbert dam, entering the Sierra Maestra mountains.

When arriving at the coast, very close to the Caletón Blanco beach, the ILS approach to runway 10 of the Antonio Maceo airport in Santiago de Cuba begins, passing by the entrance to its bay and the San Pedro de la Roca Castle, also known as Morro Castle.

Attention: Bear in mind that in the current version of the FS, the ILS is not really aligned with the axis of the runway, so in the end, you must fly manually to align yourself with it. 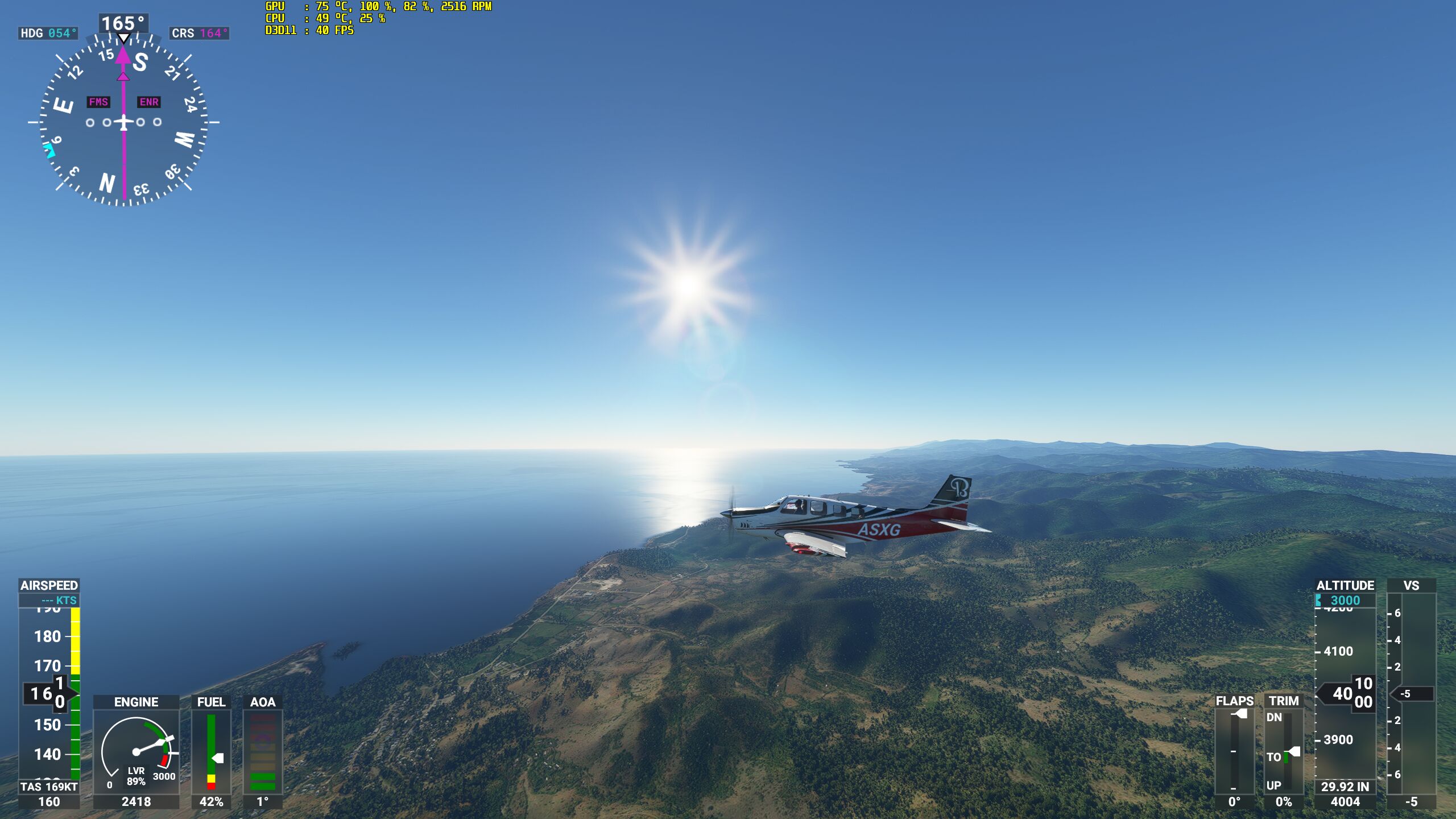 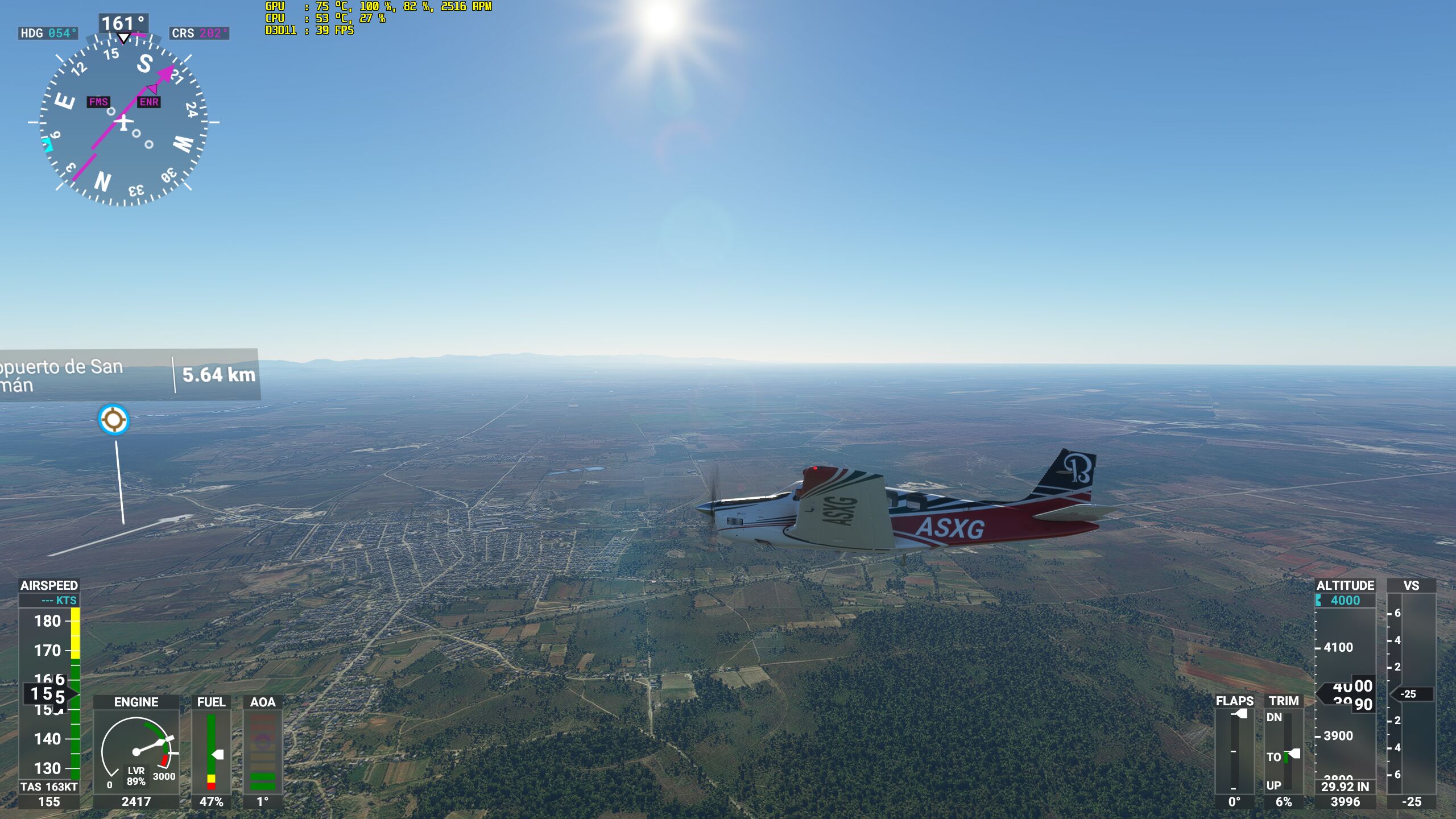 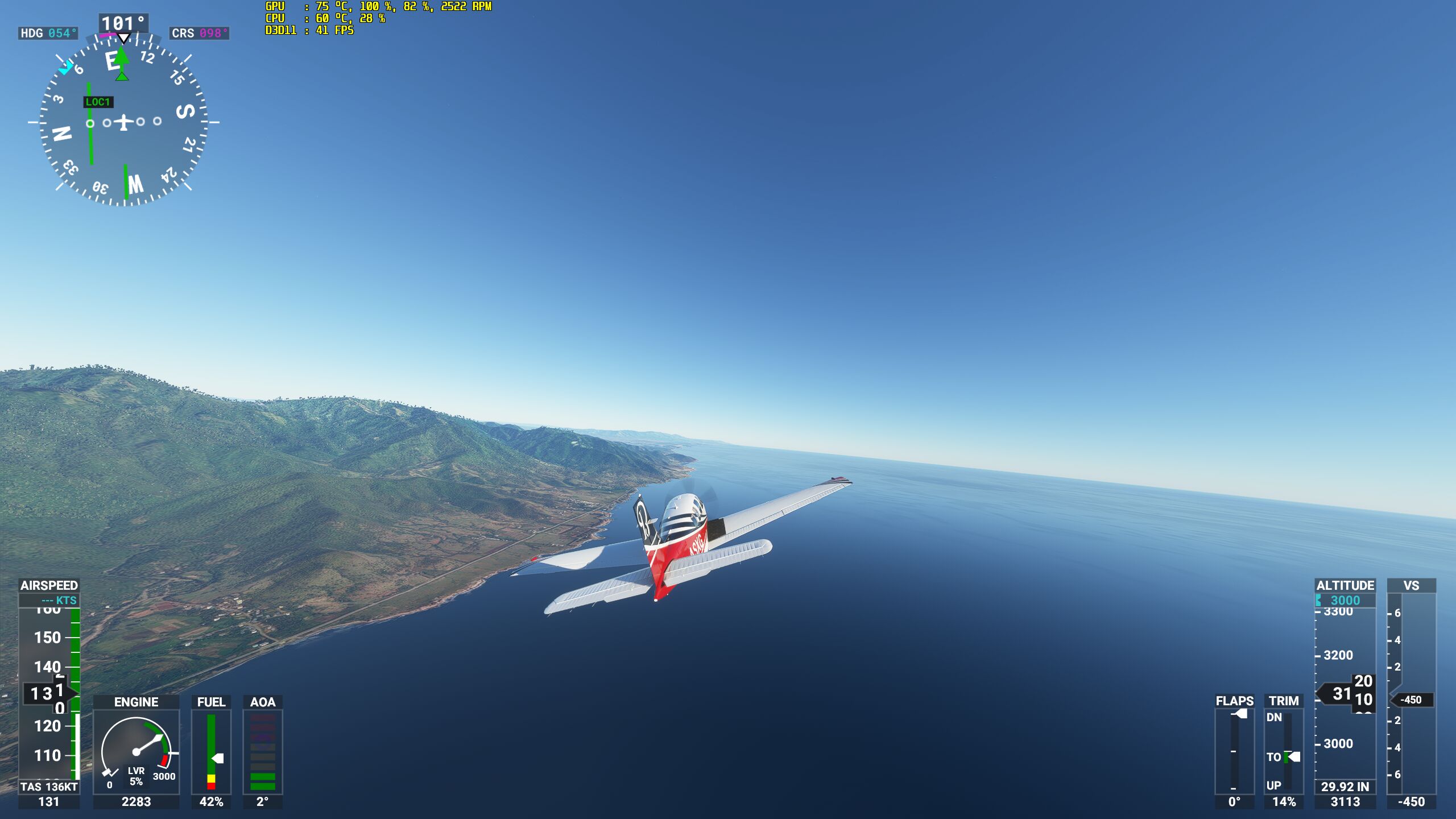 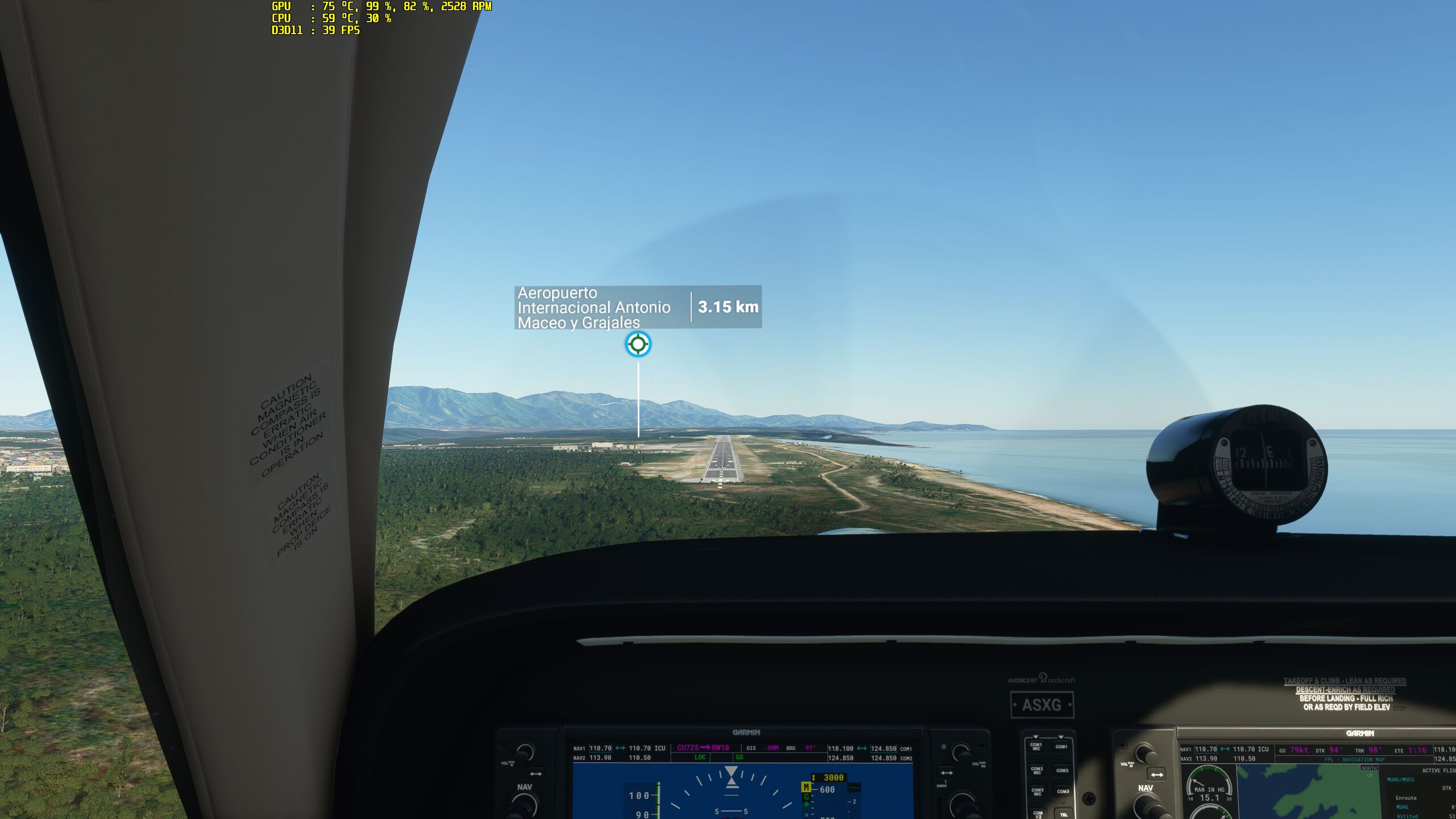