Depart from runway 29 at Christchurch International, and pick up the course of the Waimakariri River. Follow it’s wide braided pathway inland across the Canterbury Plains until it narrows suddenly to cut through the Waimakariri Gorge at Waypoint 5.


Follow the twists and bends through the steep terrain of the Southern Alp foothills, before the river widens out again at the confluence of the Esk River and the landscape opens up to reveal slithers of farmland.


This area is known as Arthurs Pass, and is popular camping area for locals. Follow the GPS guidance over the fields, then back onto the Waimakariri riverbed tracking north west along the valley floor to pass the aptly named Sugarloaf Mountain.


Waypoint 15 will turn you south, following the Cass River tributary that flows through a much steeper narrower gorge, with the Craigeburn Range to your left. You’ll need to climb to at least 4500 feet to clear the Cass Saddle (4350 ft AMSL) at the head of the valley, before the landscape widens out ahead of you to reveal another braided river.


This is the Harper River and it flows south west past Mount Ida on your left to merge with the larger Wilberforce River at Waypoint 21. As it does, turn left around Mount Oakden and follow it south east. A narrow peninsular juts out as the Wilberforce in turn merges with the even bigger Raikaia River- at which point, I recommend switching to outside camera view and checking out the view behind the aircraft. It’s a spectacular landscape when viewed in wide angle.

Continue along the Raikaia until you reach Waypoint 23, then tuck into the valley between Black Hill and Mount Hutt Ranges to pick up the Swift River. This last river will take you back out to the Canterbury Plains where airport NZPH (Pudding Hill) is located at the valley exit.


At the time of writing, the grass runway at NZPH is incorrectly orientated NW/SE and has been reported to Zendesk. The correct vector is orientated 02/20 and if you follow the GPS flight plan, it will put you onto a left base for runway 02 for a scenic approach at this quiet remote airfield. 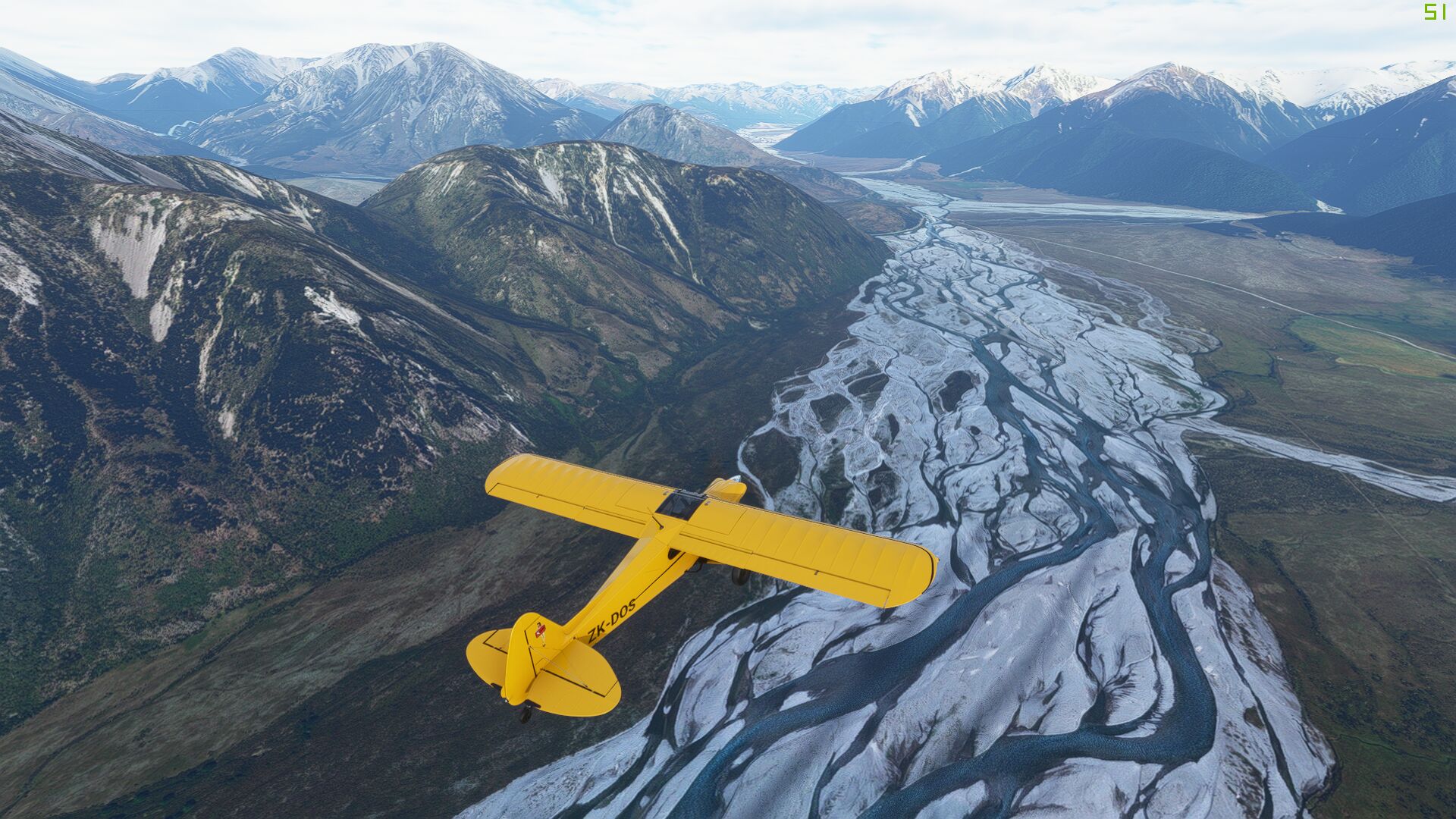 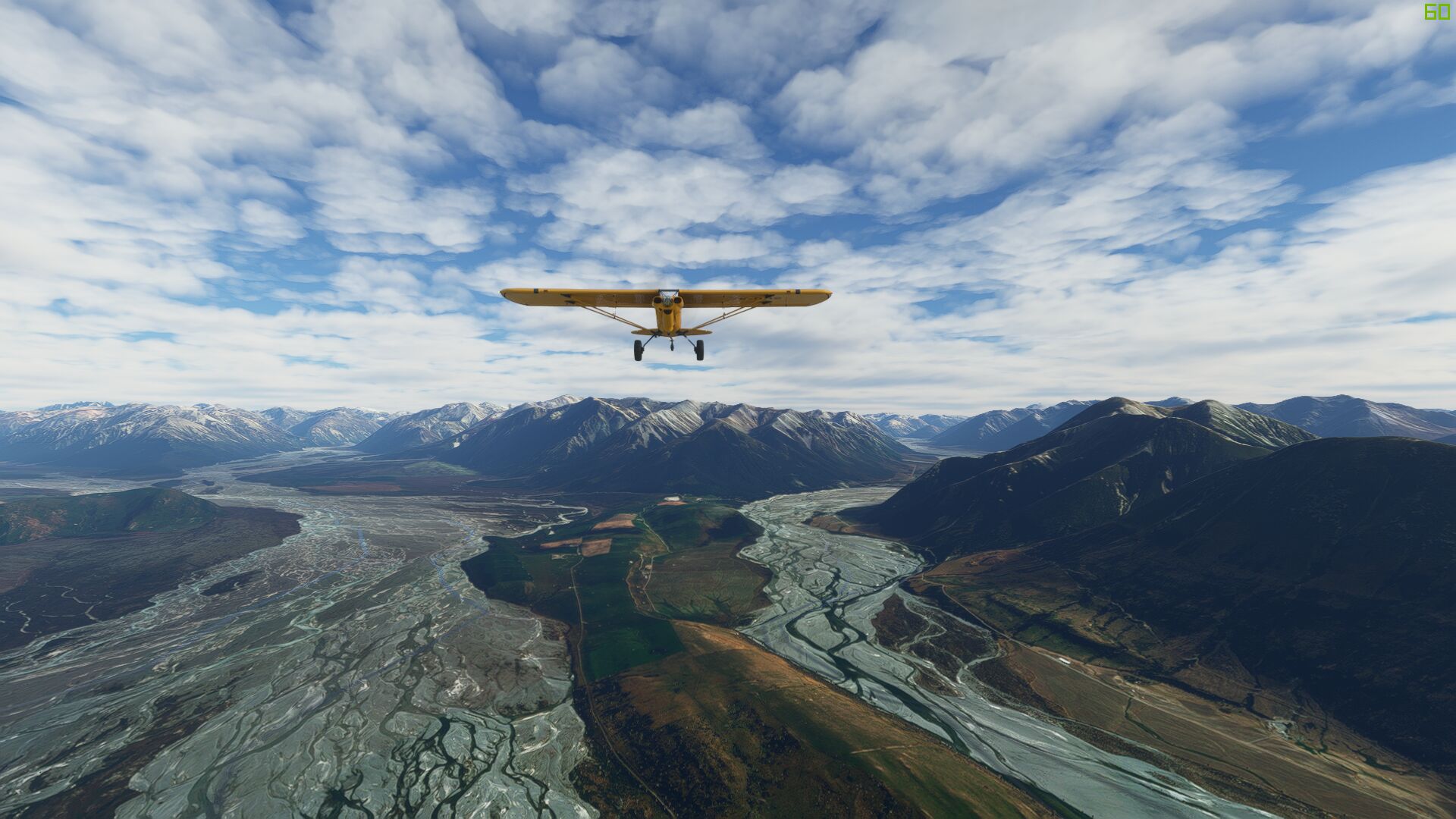