Central American Volcanos Part 1
(2)
Log in to rate this flight plan
Recommended Aircraft
Cessna Caravan
Flight Summary
This flight begins in Mexico at Tapachula (MMTP) and then a quick stop at the grass strip at Malacatán Airport (MGML) to get our passports stamped. The route continues into the highlands of Guatemala with a number of volcanos and high altitude airport landings. We stop at San Marcos (MGSM) and Quetzaltenango (MGQZ) before flying over beautiful Lake Atitlán to Santiago (MGST). Next is a landing at the sprawling capital of Guatemala City (MGGT) and then we head east to Zacapa (MGZA) before doing
5h 10m
Uploaded By: FlightSimToday on YouTube
Flight Rules: VFR
Stops: 9
Downloads: 477
How do I use this file?

Central America is a region of the Americas bordered by Mexico to the north, Colombia to the southeast, the Caribbean Sea to the east and the Pacific Ocean to the west and south. Central America consists of seven countries: El Salvador, Costa Rica, Belize, Guatemala, Honduras, Nicaragua and Panama. The combined population is estimated at 44.53 million (2016).

Central America is a part of the Mesoamerican biodiversity hotspot, which extends from northern Guatemala to central Panama. Due to the presence of several active geologic faults and the Central America Volcanic Arc, there is a great deal of seismic activity in the region, such as volcanic eruptions and earthquakes, which has resulted in death, injury and property damage.

In the Pre-Columbian era, Central America was inhabited by the indigenous peoples of Mesoamerica to the north and west
and the Isthmo-Colombian peoples to the south and east. Following the Spanish expedition of Christopher Columbus' voyages to the Americas, Spain began to colonize the Americas. From 1609 to1821, the majority of Central American territories (except for what would become Belize and Panama, and including the modern Mexican state of Chiapas) were governed by the viceroyalty of New Spain from Mexico City as the Captaincy General of Guatemala.

Tapachula is Mexico's main border city with Guatemala on the Pacific coast area even though it is located some kilometers away from the border proper. The city has had a strong Chinese presence since around 1900, when a number of people from China came to work in the coffee plantations of the area. Most of the descendants of these first immigrants have since dispersed throughout the Soconusco region, but there is still Asian immigration to Tapachula to this day. Most modern immigrants work in commerce rather than in agriculture. The most visible evidence of Asian presence is the significant number of Chinese and other Asian restaurants in the city, especially in the downtown.

Volcán Tajumulco is a large stratovolcano in the department of San Marcos in western Guatemala. It is the highest mountain in Central America at 4,202 metres (13,786 ft). It is part of the mountain range of the Sierra Madre de Chiapas, which begins in Mexico's southernmost state of Chiapas.

San Marcos (elevation: 7,868 feet (2,398 meters) is a city and municipality in Guatemala. It is the capital of the department of San Marcos. The municipality has a population of 47,063 (2018 census). Towards the end of the 20th century San Marcos became a hot spot for drug trafficking in Central America, and one of the top lords was Juan Chamalé Ortiz, who was heavily involved in cocaine trafficking, and was accused by US authorities of helping to move over 40 tons of cocaine through Central America en route to the United States. Ortiz also controlled a major opium poppy producing area, the San Marcos Department, where he was a popular local figure. He owned at least ten estates in his area of operations, centered in San Marcos city, and provided numerous jobs, in addition to cultivating local support by throwing parties and sponsoring beauty contests.

Quetzaltenango has a population of 180,706 (2018 census). The population is about 61% indigenous or Amerindian, 34% Mestizo or ladino and 5% white Latin American. The city is located in a mountain valley at an elevation of 7,640 feet above sea level at its lowest part.

The city was said to have already been over 300 years old when the Spanish first arrived. With the help of his allies, Conquistador Pedro de Alvarado defeated and killed the Maya ruler Tecún Umán here. When Alvarado conquered the city for Spain in the 1520s, he called it by the Nahuatl name used by his Central Mexican Indian allies, "Quetzaltenango", generally considered to mean "the place of the quetzal bird." Quetzaltenango became the city's official name in colonial times. However, many people (especially the indigenous population) continue to call the city "Xelajú" or more commonly "Xela" for short, and some proudly, but unofficially, consider it the "capital of the Mayas".

Los Altos Airport is in a high elevation basin in the Guatemalan highlands, in the northeastern part of the city of Quetzaltenango. There is a mountain ridge 3 kilometres (1.9 mi) north of the runway, and distant mountainous terrain in all other quadrants.

Lago de Atitlán Nineteenth-century traveler/chronicler John L Stephens, writing in Incidents of Travel in Central America, called Lago de Atitlán 'the most magnificent spectacle we ever saw,' and he had been around a bit. Today even seasoned travelers marvel at this incredible environment. Fishers in rustic crafts ply the lake's aquamarine surface. Fertile hills dot the landscape, and over everything looms the volcanoes, permeating the entire area with a mysterious beauty. It never looks the same twice. No wonder many outsiders have fallen in love with the place and made their homes here.

Lake Atitlán is technically an endorheic lake, feeding into two nearby rivers rather than draining into the ocean. It is shaped by deep surrounding escarpments and three volcanoes on its southern flank. The lake basin is volcanic in origin, filling an enormous caldera formed by an eruption 84,000 years ago. The culture of the towns and villages surrounding Lake Atitlán is influenced by the Maya people.German explorer and naturalist Alexander von Humboldt called it "the most beautiful lake in the world," and Aldous Huxley famously wrote of it in his 1934 travel book Beyond the Mexique Bay: "Lake Como, it seems to me, touches on the limit of permissibly picturesque, but Atitlán is Como with additional embellishments of several immense volcanoes. It really is too much of a good thing."

Santiago Atitlán sits on a bay of Lake Atitlán between two volcanoes. Volcán San Pedro rises to 9,337 ft west of the town and Volcan Toliman rises to 10,315 ft southeast of the town. Volcán Atitlán, with an elevation of 11,535 ft, is south-southeast of the town. Santiago Atitlán is the largest of the lake communities, with a strong indigenous identity. Many atitecos (as its people are known) proudly adhere to a traditional Tz'utujil Maya lifestyle. Women wear purplestriped skirts and huipiles embroidered with colored birds and flowers, while older men still wear lavender or maroon striped embroidered pants. The town's cofradías (brotherhoods) maintain the syncretic traditions and rituals of Maya Catholicism. There's a large arts and crafts scene here too. Boatbuilding is a local industry, and rows of rough-hewn cayucos (dugout canoes) are lined up along the shore. The liveliest days to visit are Friday and Sunday, the main market days, but any day will do. 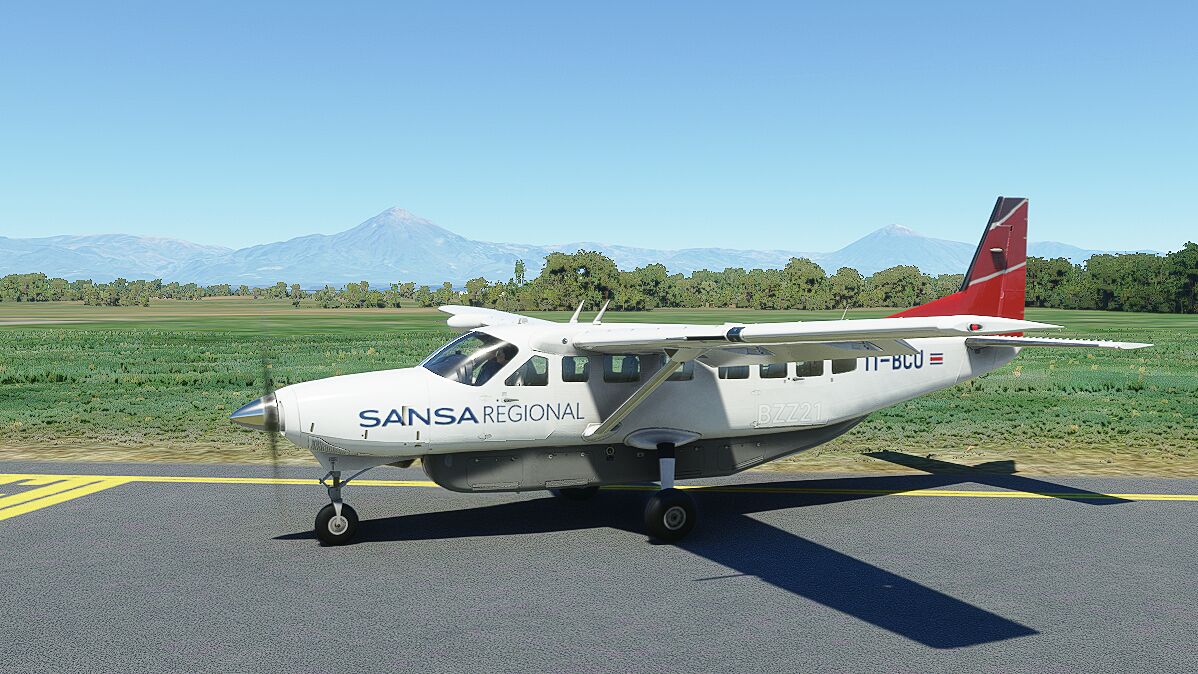 ❮
❯
Flight Altitudes
Recommended Add-ons
Copán
How do I use this file?
Loading