South Coast of England
This flight plan has not been rated.
Log in to rate this flight plan
Recommended Aircraft
Any slow GA aircraft (C172, Cherokee)
Flight Summary
This light will take us along the south coast of England. Great for spring/summer eve.
1h 49m
Uploaded By: FlightSimToday on YouTube
Flight Rules: VFR
Number of Stops: 5
How do I use this file?

Please support me by subscribing to the youtube channel

This flight will take us along the south coast of England.  We'll start at Southampton (EGHI) and head down Southampton water past the docks before turning along the Solent towards the Needles, a group of chalk stacks heading out into the sea from the western tip of the Isle of Wight.  From the Needles we'll cross the isle of Wight to land at Bembridge (EGHJ).  Next we fly north across the eastern Solent to Portsmouth, with the naval dockyard and the landmark Spinnaker tower, followed by a turn east to cross Hayling Island and Chichester harbour on our way to Goodwood (EGHR). We then follow the South Downs to Shoreham (EGKA), the oldest purpose-built commercial airport in the world.  Leaving Shoreham we continue along the coast past Brighton's piers and marina before turning inland to visit the small airfield at Deanland (EGKL).  Then it's back to the coast to Beachy Head (lighthouse included) after which we head east past the seaside towns of Eastbourne, Bexhill and Hastings to land at Lydd (EGMD). For a period in the late 1950's/early 1960's this was one of the busiest airports in the UK due to cross-channel traffic, heading mostly to the resort town of Le Touquet (LFAT).  This is still a popular route with private pilots in the south of England, so we're going to make it the conclusion of our flight.

I imagine this as a flight for a summer evening.  So my suggestion is to set both sim and weather to 21st June 2020 with a start at 1630 local time.  This puts us into Le Touquet at 2030 local which is dusk (it's lit). Just in time to walk into town to find a restaurant for dinner. 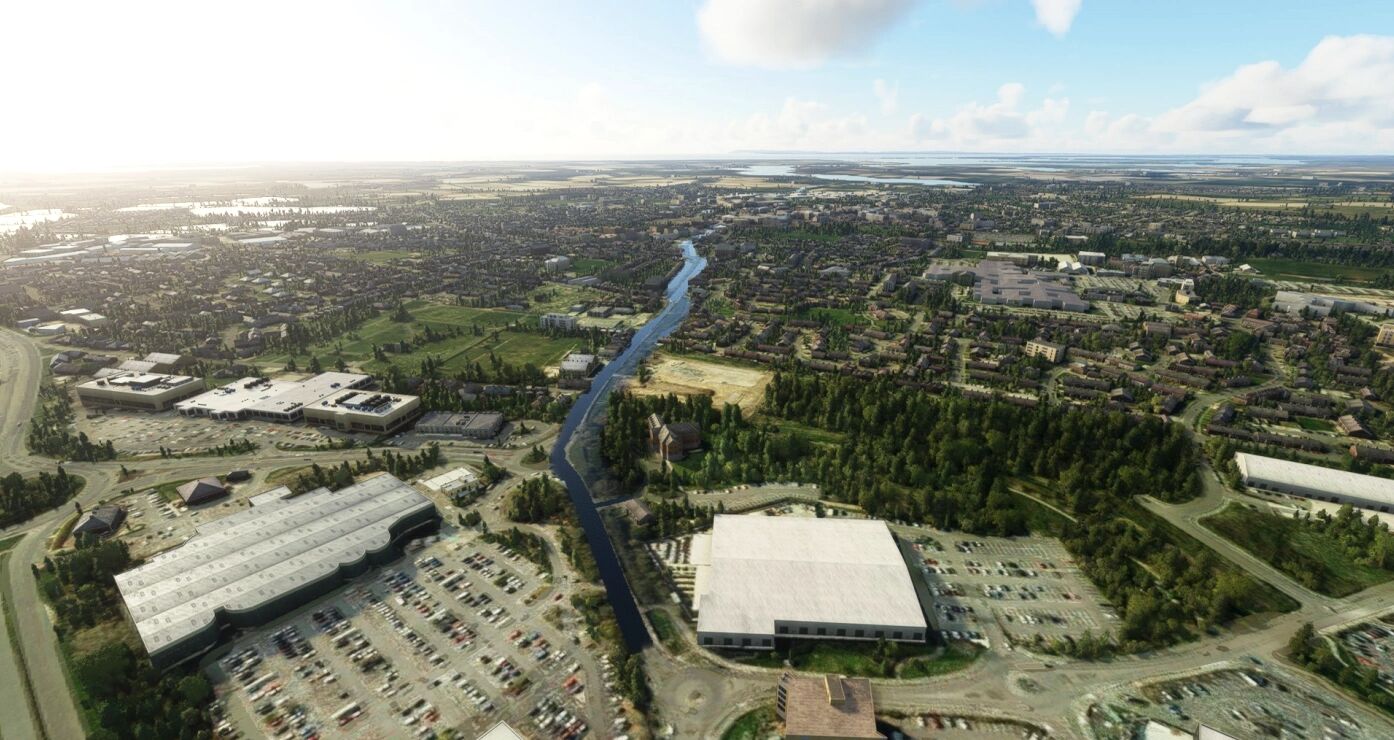