Tanzania Northern Circuit National Parks
This flight plan has not been rated.
Log in to rate this flight plan
Recommended Aircraft
C172 (floats optional)
Flight Summary
A trip through Tanzania's northern circuit of National Parks, past some well known locations, and an easter egg from Asobo!
3h
Uploaded By: sm36994
Flight Rules: VFR
Stops: 0
Downloads: 534
How do I use this file?

This route starts in Moshi, at the foothills of Mount Kilimanjaro, Africa's tallest mountain. From there, the path leads to Arusha National Park, where an easter egg can be found. First seen in the Series X|S Gameplay trailer, a small pier and a number of fauna species can be easily spotted around the Momella Lakes. After this the route goes to Arusha, Tanzania's 3rd largest city, the gateway to the Northern national parks. Next stop: Tarangire National Park, known for baobabs, elephants and the Tarangire river, a vital source of water in the dry months of the year. Further along the route you will come across Lake Manyara and the Rift Valley escarpment, leading up to Ngorongoro Crater. This large caldera was formed millions of years ago when a volcano collapsed. After this, the great Serengeti Plains lie ahead, where the journey ends, at Grumeti airstrip. This route is best flown using the C172 or similar aicraft capable of landing on unpaved surfaces. You could opt for using an aircraft with floats, to land on the lake where the easter egg is located, although that would make landing at the unpaved Grumeti airstrip difficult. In that case, the destination could alternatively be set to Lake Victoria, 24 NM due west of Grumeti airstrip. 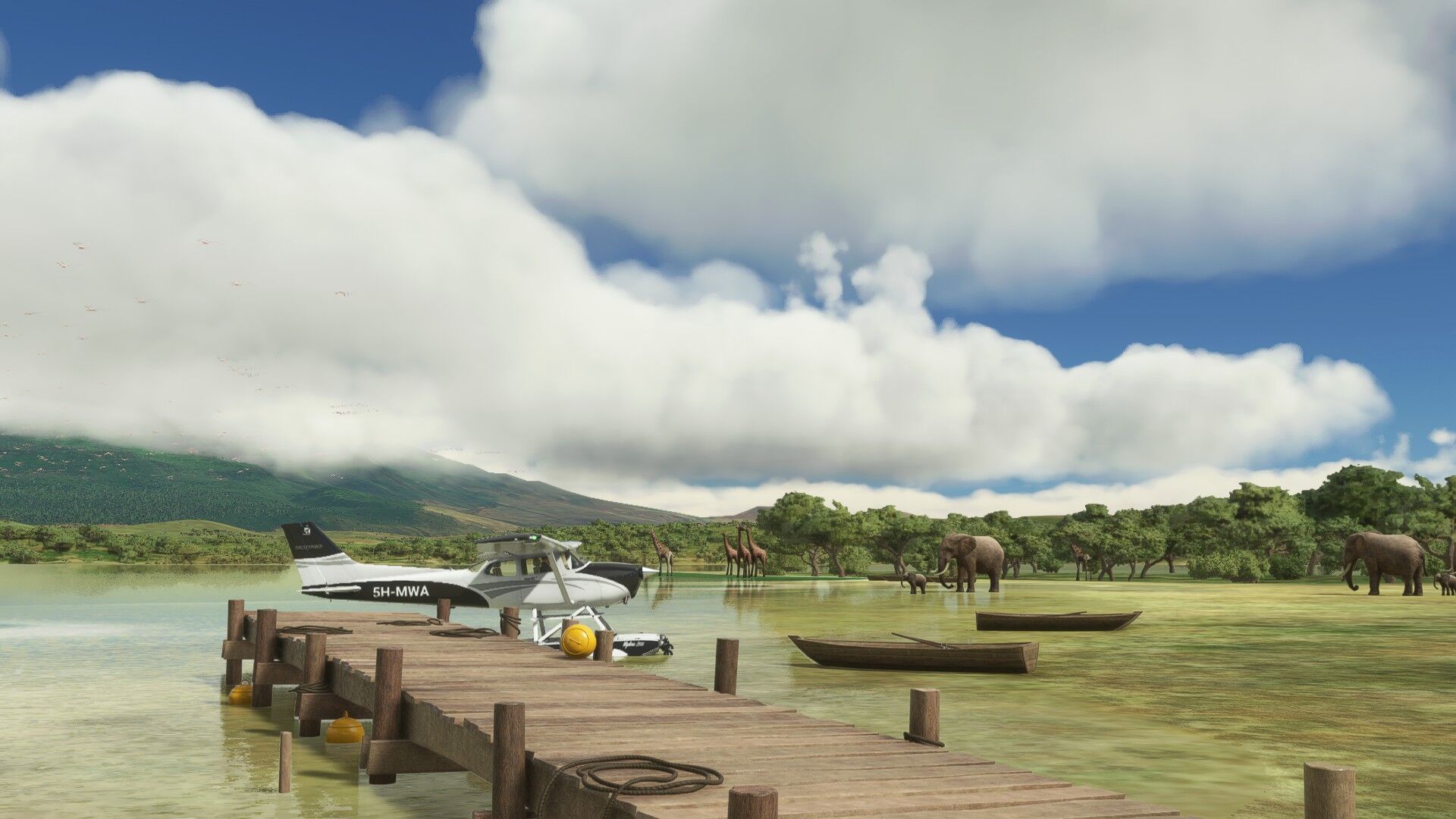 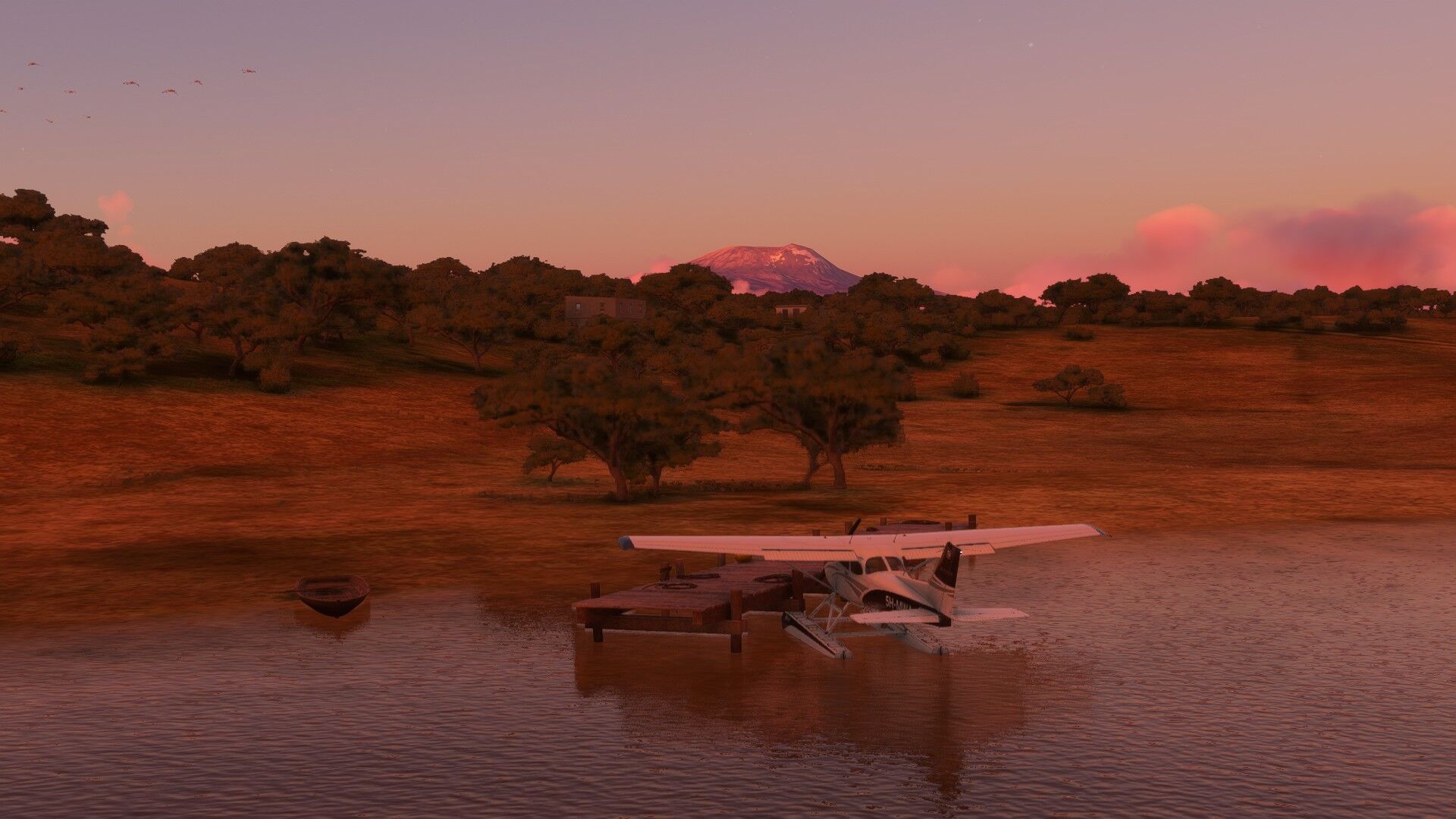 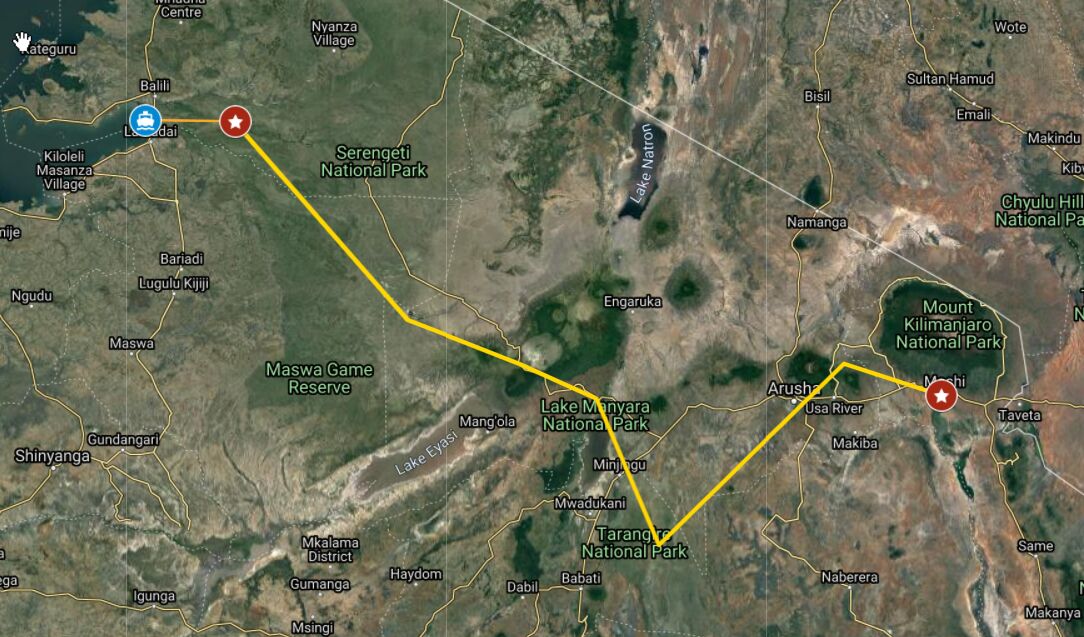