World Update 6 Highlights: Top of Europe
(2)
Log in to rate this flight plan
Recommended Aircraft
PA28R, C182, M20R
Flight Summary
Breath taking views from start to finish, along stunning Swiss lakes, up to the mountain and glaciers of the Bernese Alps
40m
Uploaded By: zkdos
Flight Rules: IFR
Stops: 1
Downloads: 741
How do I use this file?

Ok so after nearly 500 hours in MSFS, this flight takes the cake for being the most scenic out of all of them! The terrain DEM for the Swiss Alps is absolutely breath taking after World Update VI.

This flight is best enjoyed at a relatively low airspeed and close to the terrain- a turbocharged piston propeller aircraft is recommended, with time of day set to early evening and a high scattered cloud layer for best atmospheric light casting.

The route commences at Meiringen Air Base (LSMM) and departs westbound over the shores of the beautiful turquoise colored Lake Brienz. Set a target altitude of 14,000 feet, and continue climbing overhead the picturesque Swiss town of Interlaken at the far end.

From here, you'll turn southbound to head into the mountains, following the narrow river below towards the village of Gündlischwand (WP3). Next, turn left towards the dramatic opening of the Lower Grindelwald Glacier, which we will climb up the slope of as it merges with the Ischmeer Glacier (WP11). Aim to level at 14,000 feet by the head of the Ischmeer, with the prominent peak of the Eiger (13,015 ft) appearing off your right wing tip if you have stuck to the flight plan. Next will be Mönch (13,480 ft), with the Sphinx Observatory located in the saddle between this peak, and Jungfrau (13,642 ft).

The Sphinx is the second highest observation deck in Switzerland with the mountain top tunneled to fit an elevator which ascends to the observatory from the underground Jungfraujoch railway station, the highest such train station in Europe. The complex is known famously as the Top of Europe and has been modelled as a POI in World Update 6.

Continue flying in a south easterly direction until reaching waypoint BREIT (Breithorn 13,661 ft), then bank left to follow the course of the Aletsch Glacier, the largest glacier in the alps, along its 23km length as it descends from the high snowfield plateau at its head down to the towards the picturesque Rhône valley below.

It is important to commence your descent passing ALETSH and continue a steady ROD as you track down the glacier, as the destination airport of Sion (LSGS) has an elevation of 1578 feet above sea level. 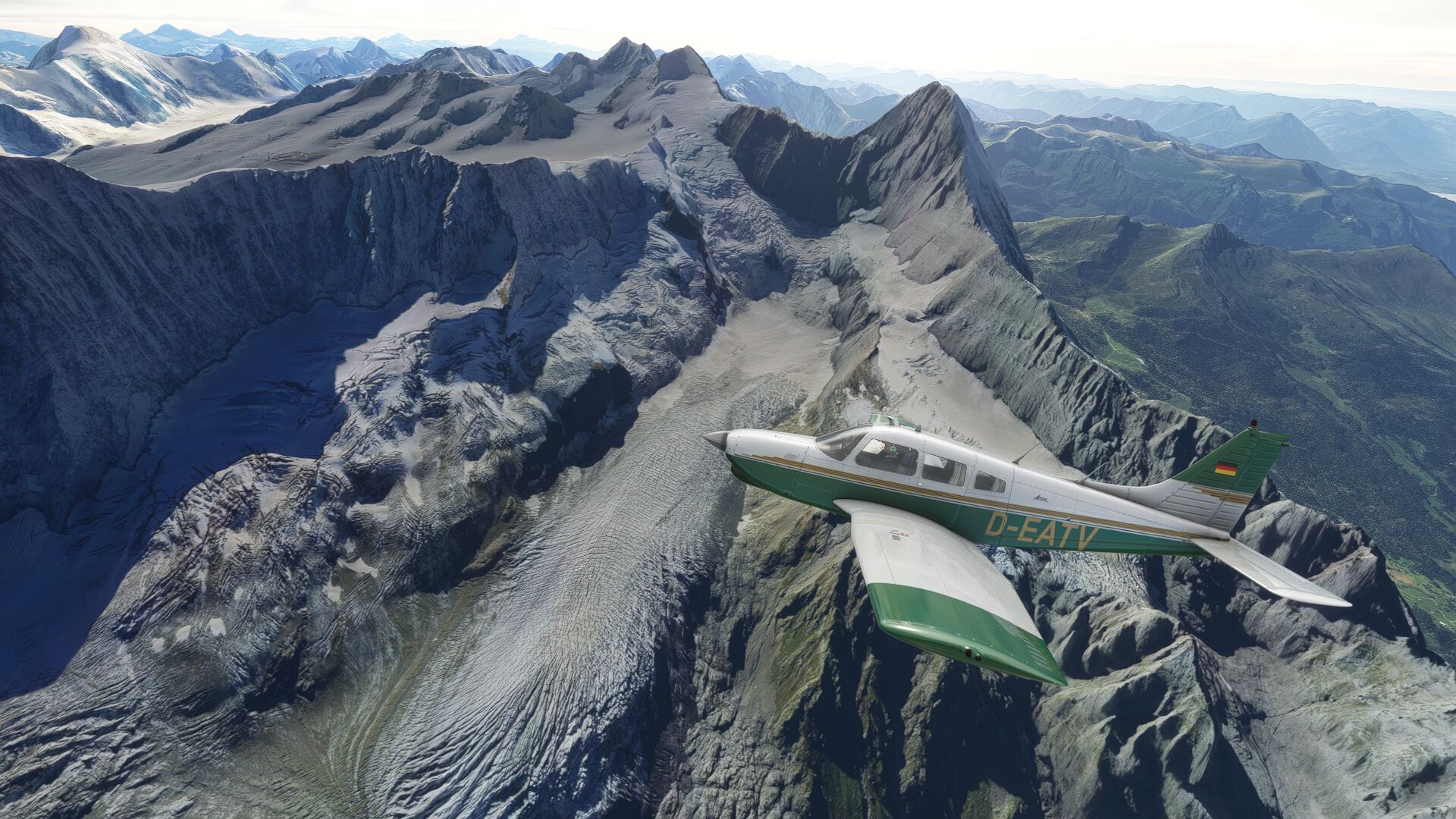