World Update 6 Highlights: Rhine River Gorge
(1)
Log in to rate this flight plan
Recommended Aircraft
Open cockpit aircraft such as YMF5 Waco
Flight Summary
Tour a 65km stretch of the Rhine River that features as a UNESCO World Heritage Site
25m
Uploaded By: zkdos
Flight Rules: IFR
Stops: 0
Downloads: 39
How do I use this file?

The Rhine Gorge is a popular name for a 65 km section of the Upper Middle Rhine Valley, between the towns of Koblenz and Bingenin Germany. It was added to the UNESCO list of World Heritage Sites in June 2002 for a unique combination of geological, historical, cultural and industrial reasons.

Depart from Winningen (EDRK), overfly the Koblenz and then turn south to follow the river as it twists and turns through the steep banks of Rhineland-Palatinate and Hesse districts.

Try and stay below 2500 feet for best views. As the gorge opens up to reveal flatter surrounding plains, look for Finthen airport (EDFZ) near the settlement of Mainz for landing. A nice easy 44nm hop that shouldn't take more than 25 minutes if cruising at 100 knots. 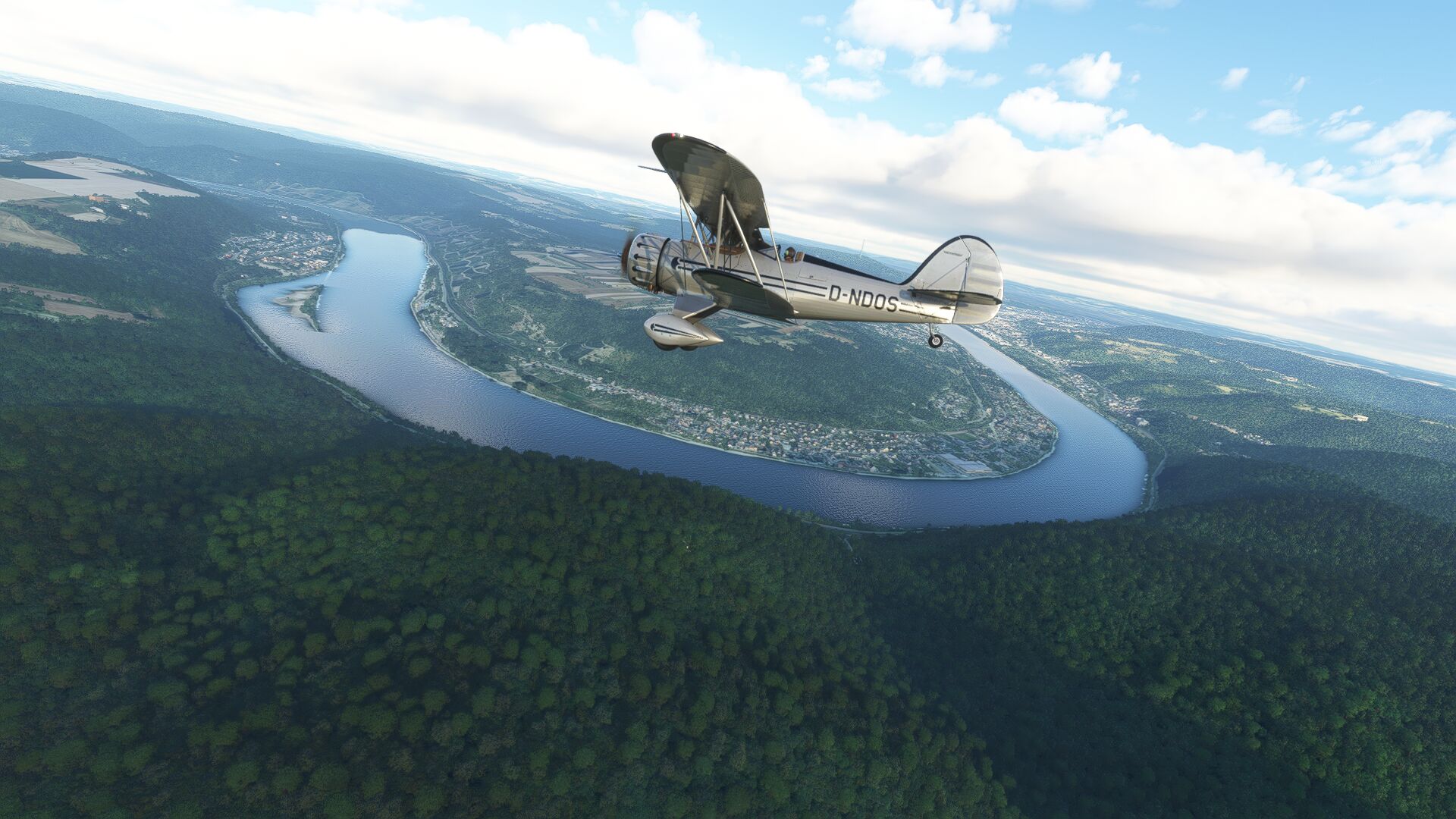 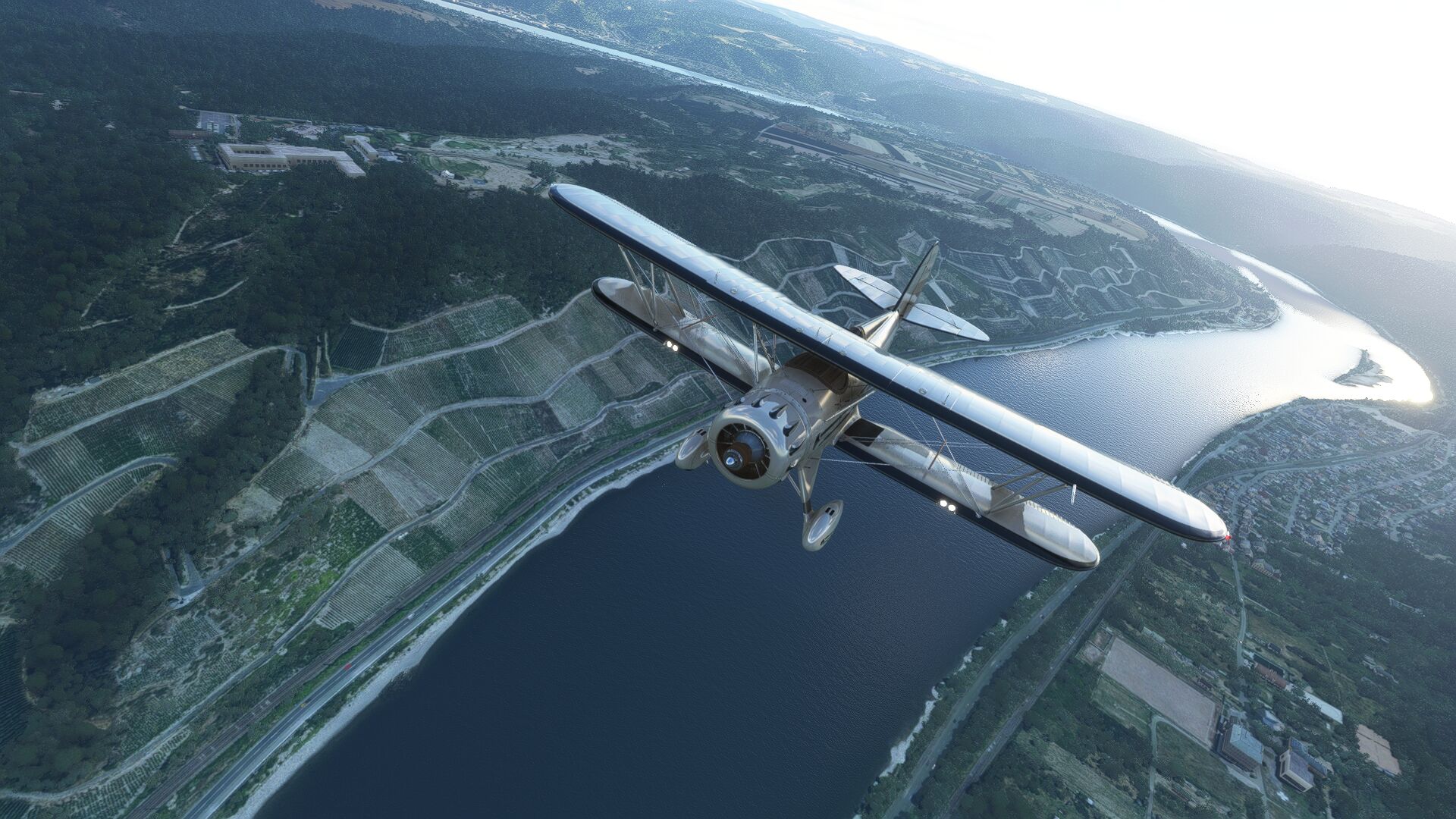