Everyone seems to have heard of Queenstown and Milford Sound, but this bush trip will take you through a lesser known but equally as spectacular area of scenery in the Central Otago district of New Zealand's South Island.

Depart from the 1200m long grass runway at Roxburgh Aerodrome (NZRX), climb to 2000' ASL and follow the GPS guidance north. You will fly overhead the Roxburgh Dam, a large hydroelectric complex which generates power from the fast flowing waters of Clutha River. Follow the steep valley gorge that the river has created, tracing its passage for the next 11 miles, until the valley walls open up to reveal the town of Alexandra.

Make a touch and go on runway 32 at NZLX, then climb up to 2000' again and intercept the river at WP8- Clyde Dam. This passage of the river is known as the Cromwell Gorge and weaves through some spectacular topography for another 11 miles, upon where the river widens and reveals the town of Cromwell, located at the end of Lake Dunstan.

There are two grass airfields at Cromwell (NZCS and NZWH) that you can touch and go at if desired- otherwise follow the GPS line north east along Lake Dustan. Lake Dunstan is just a widened man made reservoir on the Clutha River and eventually narrows back to its original width, as it winds north in a valley beside Mount Pisa, before bending left.

At WP15, break off the river and turn left to track 291 degrees, which will line you up for a 5 mile final for runway 29 at NZWF. 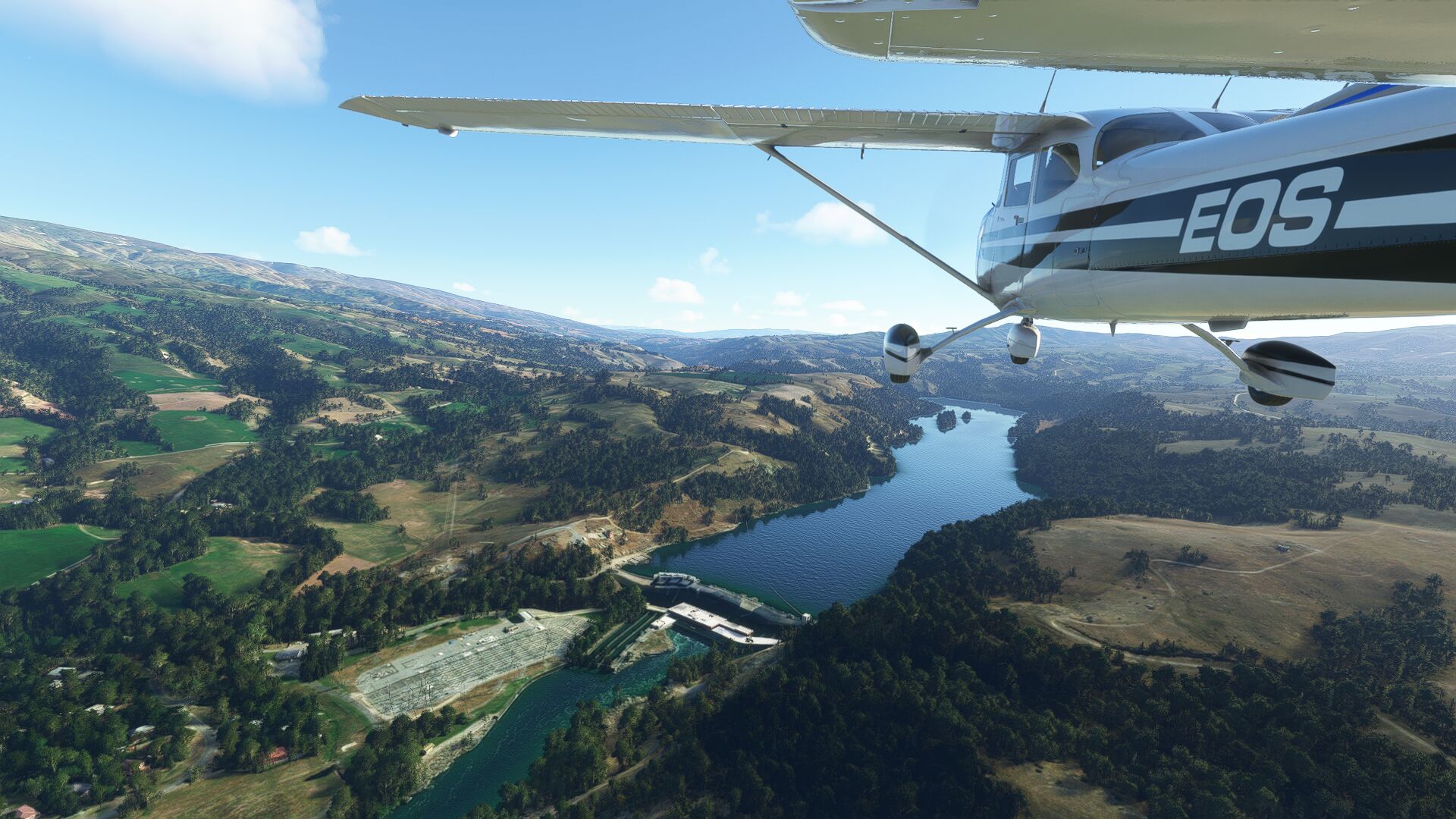 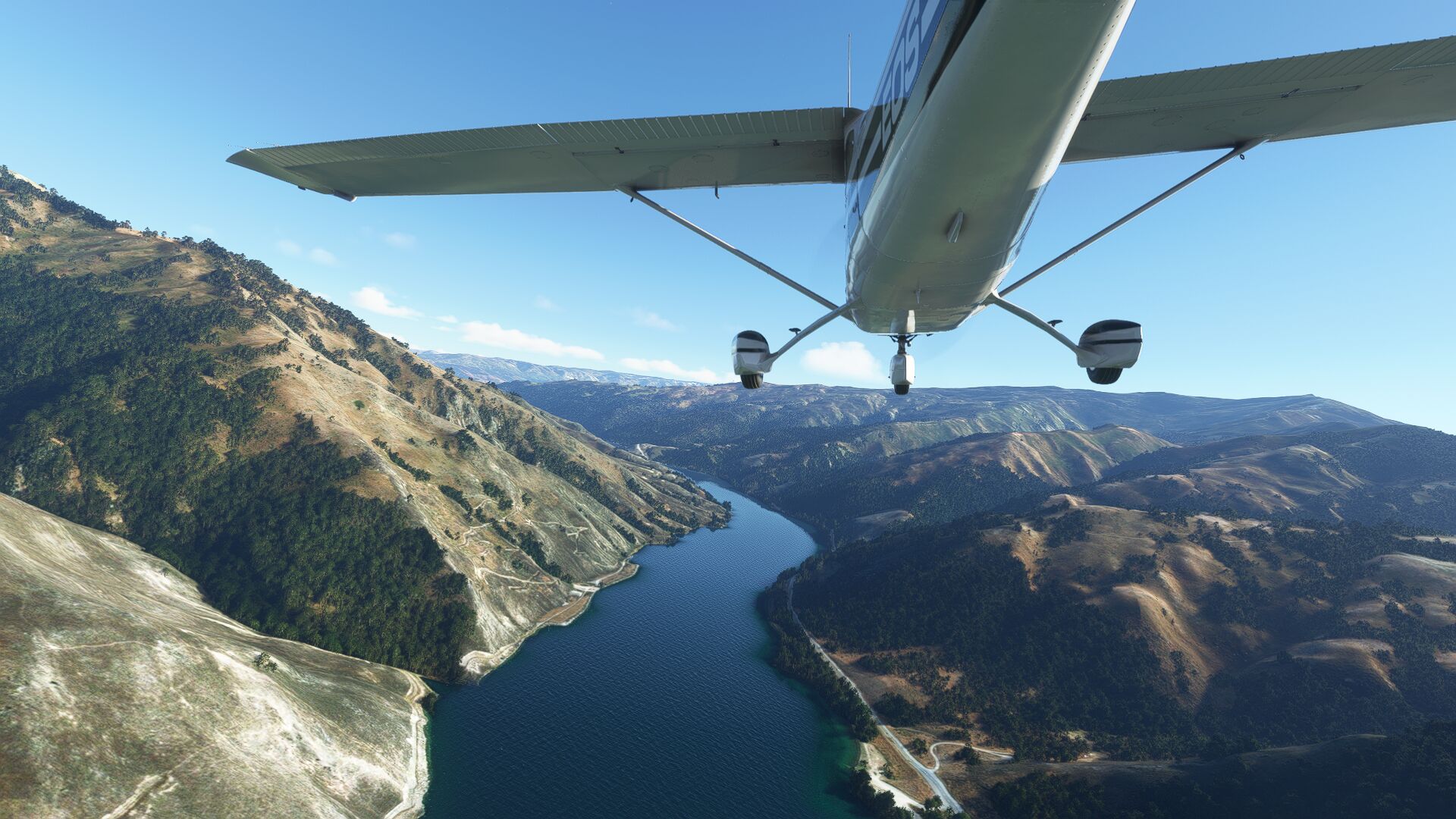 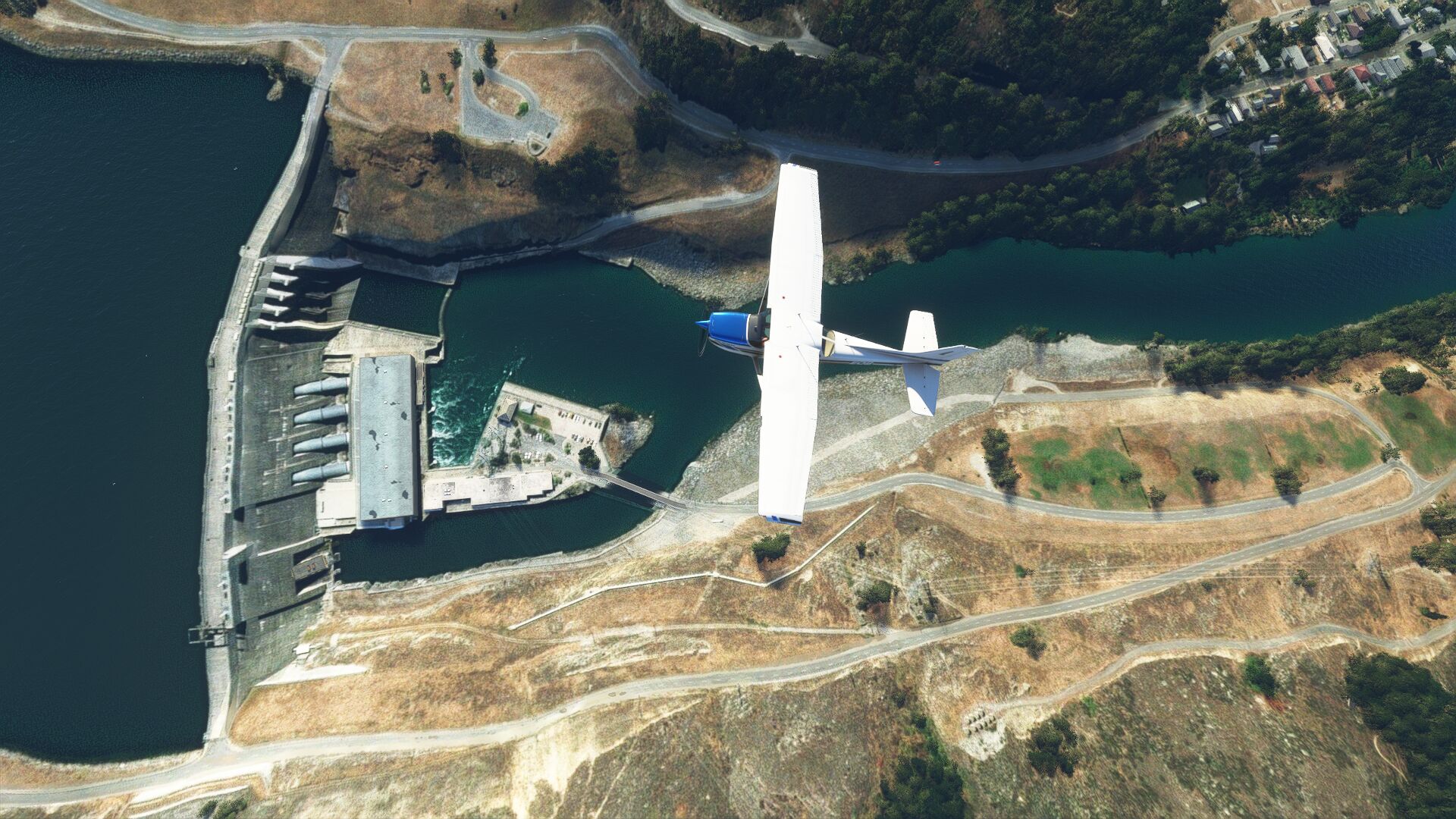